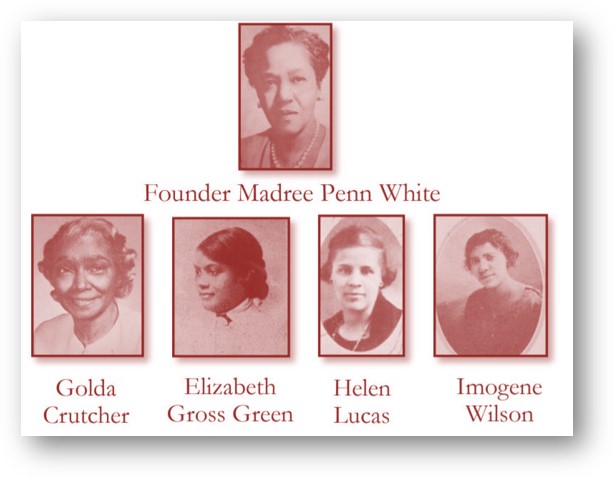 In 1921, Founder Madree Penn White began a vigilant lookout for a significant number of inflowing members of the Sorority in order to constitute a necessary quorum for the establishment of a chapter in the St. Louis area. It was significant that St. Louis was chosen as the location of a new chapter, as it was strategically located in the center of the country. It was an area that offered a challenge for building wholesome interracial relations and attacking problems and issues pertinent to racial betterment.

Through tireless efforts and unremitting determination in the face of unexpected circumstances, the Lambda Sigma Chapter of Delta Sigma Theta Sorority, Inc. was chartered on December 19, 1926 under the leadership of Founder Madree Penn White. In addition to Founder White, charter members included:

Due to the growing number of under graduate chapters established during the 1960s, it was decided that graduate chapters would turn over their nomenclature and rename according to the city in which they were located. The Lambda Sigma Chapter was then renamed the St. Louis Alumnae Chapter.

In addition to its charter members, the St. Louis Alumnae chapter is home to notable Sorors:

Since 1926, the St. Louis Alumnae Chapter has prevailed in service to the St. Louis community implementing various projects and programs such as the Rites of Passage/Ariya Program and Delta Twinkles.

With a current membership of over 400+ members, the St. Louis Alumnae Chapter will continue to perpetuate the goals and ideals of our 22 visionary founders in the areas of Sisterhood, Scholarship, and Service.